Last year was quite the year for Ransomware, but don’t be fooled into thinking that the worst of it is over. Ransomware is getting more and more sneaky, creative, and powerful. Here are some things to know about Ransomware and tips to keep your data safe.

Ransomware is a type of malicious software (malware) that installs onto a computer and threatens to publish the victim’s data, continuously blocking access to the user’s files, or threatens to delete them altogether. The malware is often introduced through unsolicited emails or by disguising as something that needs to be installed to lure the user into downloading it via the web. Once opened or installed, the software often infects other computers on the network and will encrypt the data placing it out of the user’s control. It will be unusable and unreadable until a decryption key has been entered. Often times the only way to receive that key is to pay the ransom that has been set by the attacker (usually between $300-$1,200 per computer.) Due to their untraceable nature, they will often demand Bitcoin or other cryptocurrencies as the form of payment for the ransom. Even then, you have no guarantee of getting the decryption key and winning back your data. 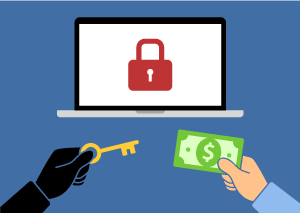 Here are 7 helpful tips to keep you safe from data harm:

Don’t let these Ransomware attackers steal your hard earned data and dollars. Follow these tips and protect yourself from Ransomware and other malware intruders.

Founded in 2006, Voonami continues to be dedicated to delivering tailored technical services and solutions that suit the needs of its customers. Voonami is heavily invested in the success of its clients, who trust it to deliver cloud, connectivity, colocation, managed solutions and professional services.